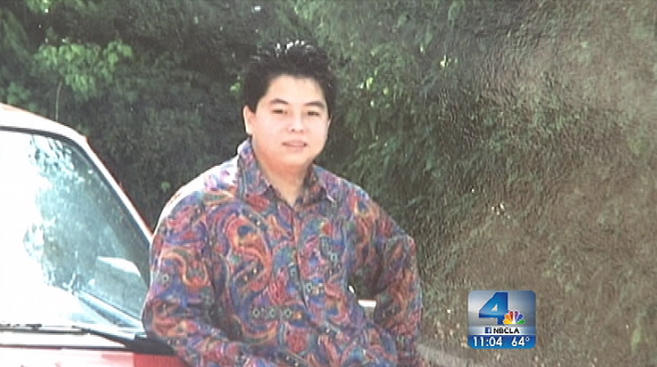 An official cause of death has been deferred in the case of Khoa Ahn Le pending drug tests, the Associated Press reported.

"I called 911 for help. Instead of getting the help needed, it turned out to be a death sentence," the victim's sister Diane Le told the council.

"He is not a criminal. He has a mental disorder. He doesn’t have any weapons on his hand. You are elected to be city council. Is this how you would run the city? Is this how you train your police officers?"

El Monte Mayor André Quintero told the family on behalf of the city council that they extend "our deepest consolences" for the family's loss and recognized their request for a investigation by the city.

"Right now the investigation is in the sheriff’s hands; they’re conducting what we expect to be a thorough investigation and we look forward to getting those results, seeing what the results are and then taking appropriate actions," he said.

At about 11 p.m. on June 14, two El Monte police officers responded to a family disturbance call in the 2700 block of Caminar Avenue in El Monte.

Diane Le called police to report that her brother and father were fighting.

When police arrived at the home, family members directed them to the garage, where Le was quickly exiting a “make-shift bedroom,” sheriff’s officials said. 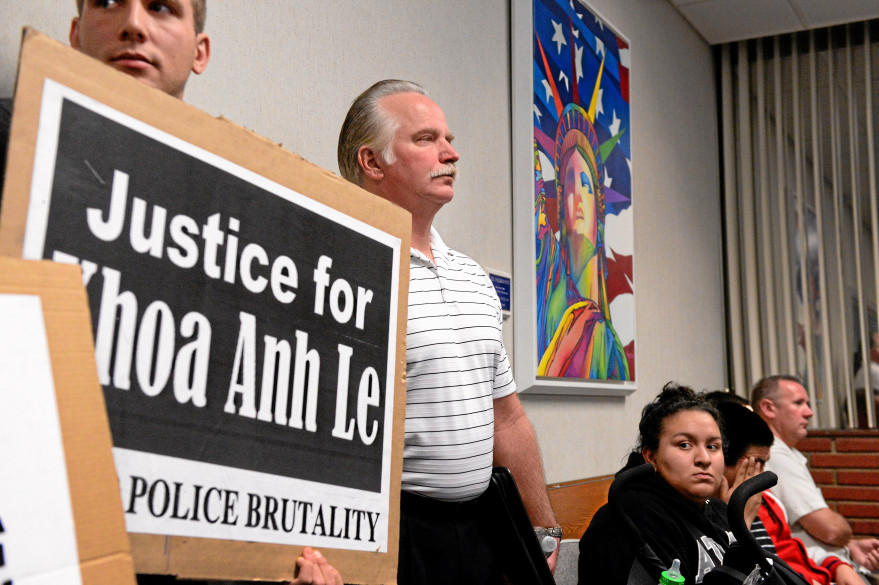 That’s when, investigators said, Le began resisting and assault the officers, who used physical force in an attempt to detain him.

Police said Le continued to resist officers, who then tasered him and used a Carotid Restraint, also known as a blood choke or sleeper hold, on him.

Officers were able to handcuff Le, who was being detained on suspicion of elder abuse when he appeared to be in medical distress.

Paramedics were called to the scene and Le was transported to a hospital where he was pronounced dead.

Investigators said both officers involved in the incident were injured, transported to the hospital, treated and released.

It was the third time officers were called to the location on family disturbance calls, detectives said. In 2005 and 2006, Le was taken into custody by El Monte police officers for mental observation.

Detectives said in one of those instances, Le was suspected of stabbing his brother.